Mikhail always tried to be more open with everyone, and since childhood he was a sociable child. His parents described him as a sociable and very friendly son. He spent his whole childhood in his hometown. Even when he was a normal teenager, he knew that he would grow up and succeed, and never stopped believing in himself.


After graduating high school he immediately bought a ticket to Moscow, and left hoping to conquer it. When he arrived in Moscow, he sent his USE results to all possible educational institutions and managed to enter the department of social political science.


With his mathematical mind, Mikhail knew there was a one-in-a-hundred chance he could succeed. At the time he was starting out working for a wide variety of companies. At that time, he skillfully created concepts and successful strategies for business introductions. With his business partners he was selling fur coats, LEDs, as well as plumbing products. At the time, this business was giving him a good income. He realized that it was not his and he deserved more. And in 2005, he left the position of general director, in order to be trained at the Business School.


The Birth of Business Youth Project and Petr Osipov


The first moments of the Business Youth project were at Chaikhona together with Petr Osipov. Mikhail Dashkev was still in search of a niche and understood what the business should be. The concept of business was discussed for almost 5 hours. The first term of the Business of Youth was "NTKZYA" Mikhail suggested to deal with writing books about successful life, or how to succeed, and Peter Osipov tried to convince him that trainings and seminars are the best and most profitable niche in Russia. Mikhail went along with him, and he was not mistaken.


Seminars and trainings began to make a profit, and from the beginning when the first group consisted of only 20 people the number increased over time. More and more people signed up each time. And Michael and Peter realized that their hobby was becoming a successful business.


In 2010 the largest training and seminar company was organized. More than 1,000,000 entrepreneurs and successful businessmen already attended seminars and trainings. Their branches are located in Moscow, St. Petersburg and 220 other cities in Russia. This is how the coaching system came to be in Russia. 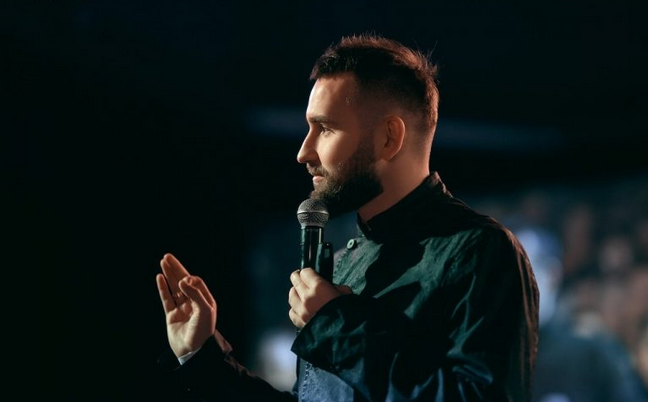 
As mentioned earlier, Michael does not like to sit in one place and is constantly evolving. So leaving everything behind, he flew to the United States. Having developed a new training program there, Dashkeev returns to Russia. The new program was already ready for Russian entrepreneurs. The Russians liked the American training system. So he accepted it all with dignity. He also plans to integrate the courses into the West.


Mikhail introduced his activities in New York itself, and when there were difficult relations between the US and Russia, this did not stop him.

Mikhail always tried to be more open with everyone, and since childhood he was a sociable child. His parents described him as a sociable and very friendly son.